As mentioned, I still needed to build the Li-Ion battery charger / boost regulator board. 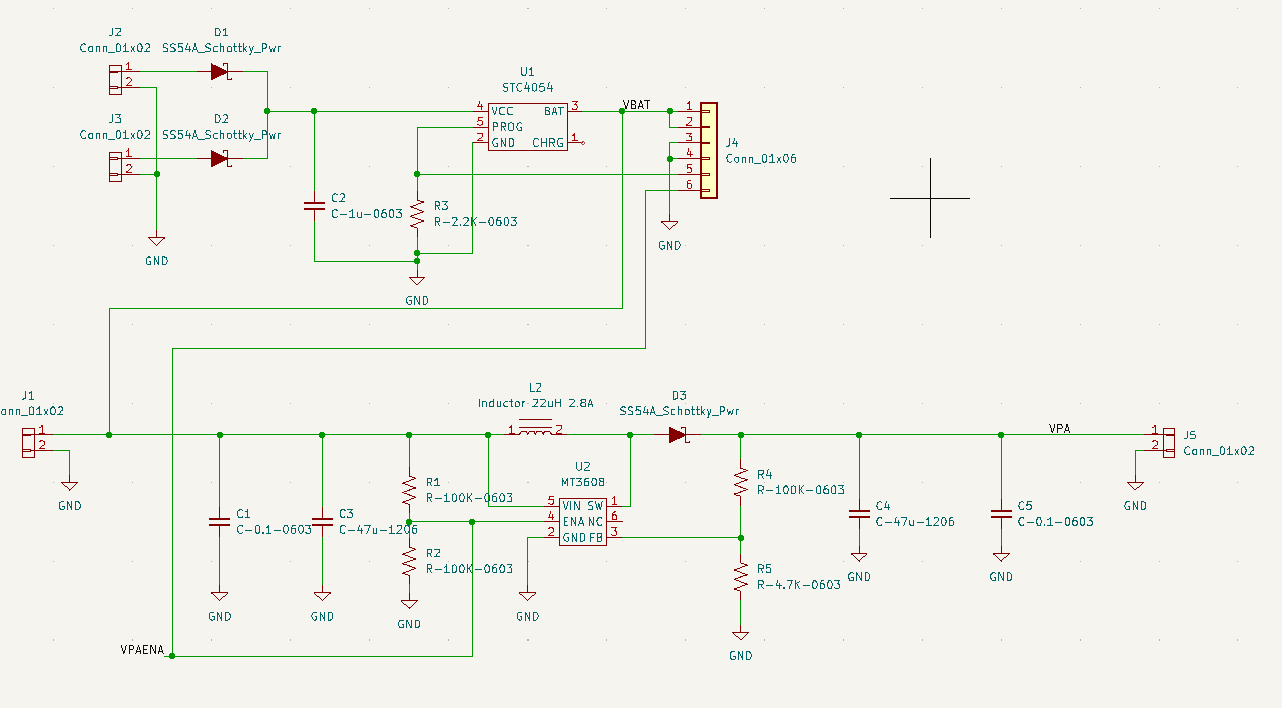 This charger circuit takes the output from two 1W solar panels and uses that power to charge the Li-Ion battery.  The charge-controller is not an MPPT design, just a linear regulator with other features.  But the solar panel output voltage fairly well matches the Li-Ion requirements, so not enough power is wasted to justify using a more complicated circuit.  The charger provides a signal output that indicates the charging current,  and the Buoy controller monitors this and the battery voltage so we should have a good idea of the battery state.

The boost converter input comes from a Li-Ion battery, nominal voltage 3.7V to 4.2V.  The output is 13.4V, nominal load about 100mA (this powers the Buoy 1W 10MHz power amplifier.

So, I collected the components, dabbed solder-paste on the PCB, hand-placed the parts, and put it in my converted toaster-oven reflow oven.  It came out great, but I discovered that I had four resistors mis-identified on the silkscreen. I also was missing a couple of the resistor values so I had to to substitute some that were physically too big.  The completed boards looks good, except where I had to hand-solder to correct my mistakes: 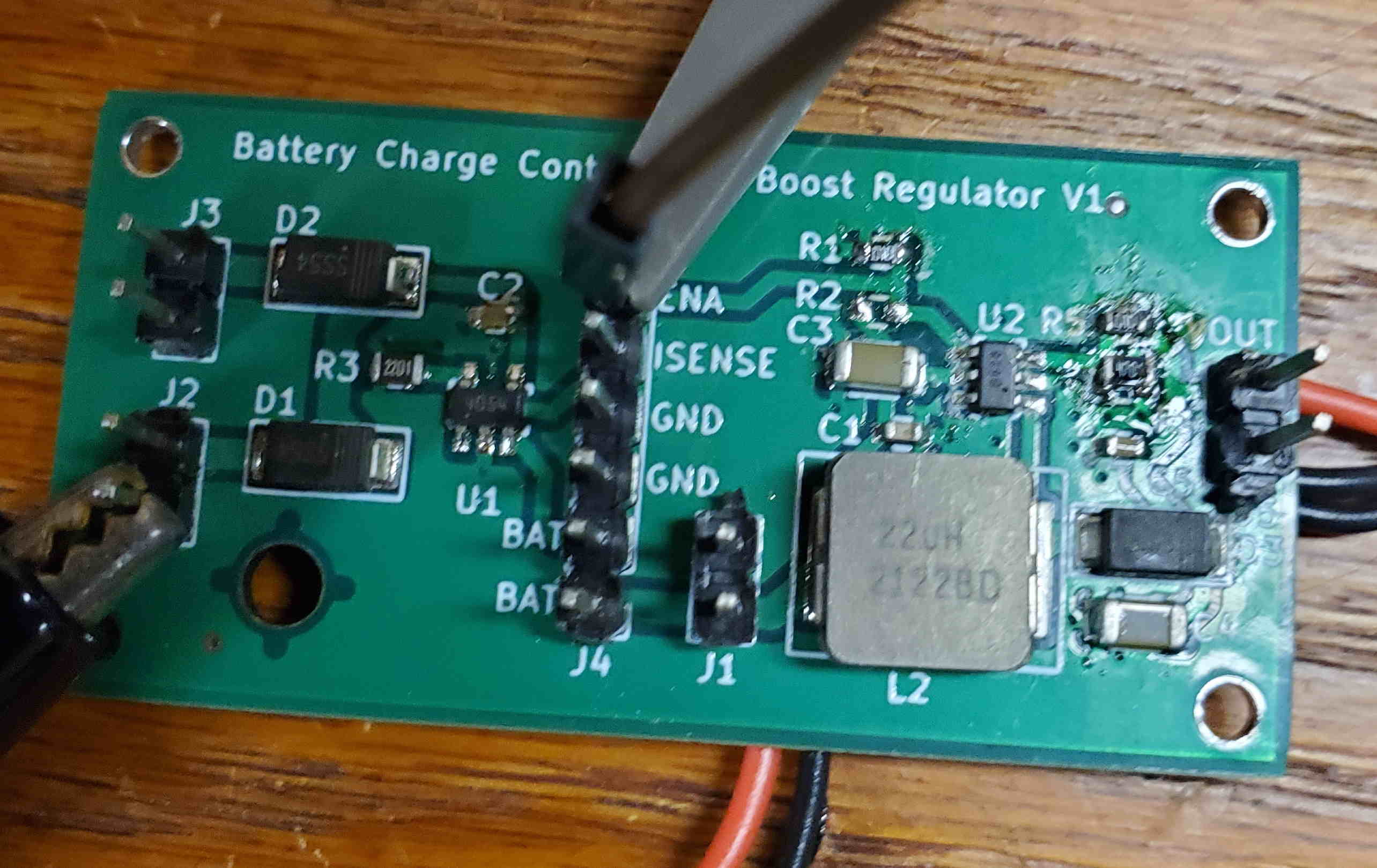 (I need to clean off that scorched flux!)

I hooked it up to some test gear and put the boost converter through its paces.  I measured about 87% efficiency for the converter, and only a few degrees temperature rise for the components: 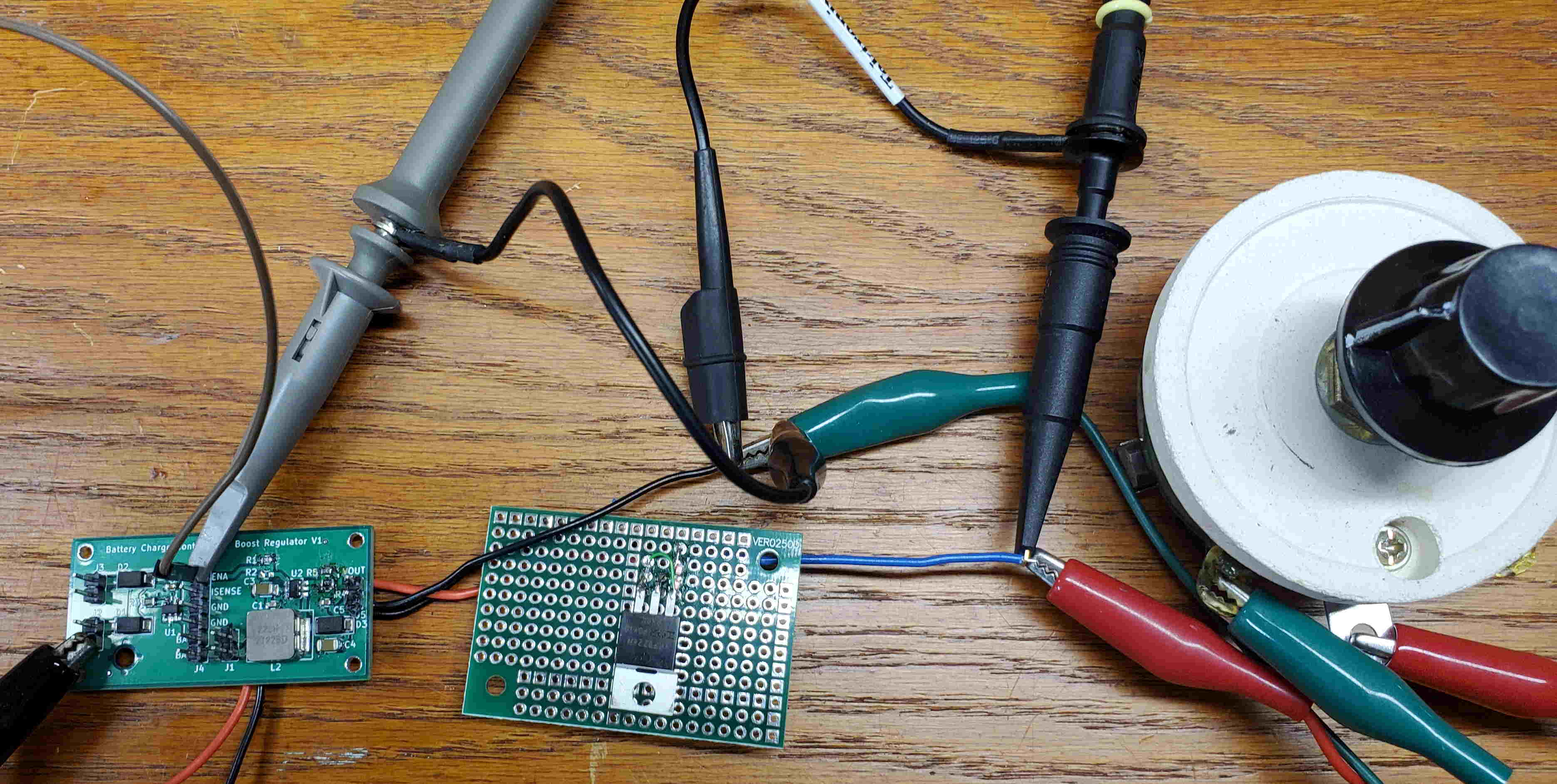 See that little perfboard with the transistor?  That fixes a problem with my overall design.  The boost-converter chip has an enable pin, and I am planning to use that to get software control of the amplifier power.  Well, the converter shuts down, but even then the Li-Ion battery voltage still sneaks through the converter circuit (through the inductor and diode), applying about 3.5V to the amplifier:

I ended up inserting a PMOS FET switch between the converter and the amplifier, which disconnects when the input is under 5V.  It works quite well, and those two LEDS used as low-voltage Zeners, (sort of) gently glow when power is applied (about 0.1 mA through the LEDs):

I’m not done with this board yet, I still need to test the solar panel and charger circuit.  I was worried about that boost converter ripple (it switches at about 1MHz) getting into the transmitter output.  I’ve got LC filters on the power input, but is that enough?